(Project under development at LuXDEM).

A large number of engineering applications involve granular material or a particulate phase in combination with a gaseous or liquid phase. Predominant applications are as diverse as biomass combustion, iron production, hard-material production, pharmaceutical industry e.g. drug production etc. For the majority of these applications a minimal heat loss through the reactor walls is desirable. Consequently, numerical methods that predict such heat-losses facilitate the design and particulate layout of reactor housings.

The extended discrete element method (XDEM) [1] has shown a high degree of accuracy for prediction of heat transfer phenomena involving particulate materials [2, 3, 4]. As example, using a XDEM approach, continuous and discrete phases have been coupled in order to predict convective heat transfer between solid-particulate and  fluid phase within packed beds [5]. Nevertheless, such predictions did not include heat losses trough the walls which yields into an over-prediction of the temperature evolution.

Within the LuXDEM research centre of excellence, walls/fluid/particles have successfully been coupled for heat transfer prediction purposes by including a conjugate heat transfer (CHT) model into the XDEM framework. In the approach, the flow over and penetration of packed-beds is represented by the advanced “rhoPimpleFoam” solver for porous media and particulate phase is solved with the Discrete Particle Method (DPM).

With the existing and above described XDEM solver, the characteristics of the fluid-flow in the particle surroundings are identifiable to assess local heat transfer. An example of such a characteristics are described in fig.1, were porosity and velocity depict the flow trough a cylindrical reactor. In addition, as shown in figs. 2 and 3, heat transfer between fluid and walls has been accounted for via conjugate heat transfer analyses. Nevertheless, in order to increase the accuracy of the existing solver, the current purpose is to include the missing interaction between particles and walls via conduction and radiation to carry forward heat transfer study.

To accomplish the fore-mentioned task, the student should first identify the concerned particles and then apply to it the correct formulation to account the heat transferred from/to the solid-wall. Predicted temperature profiles will be compared with analytical solutions and experimental temperature measurements to asses the quality of the approach. The Results and procedure are to be documented in detail. 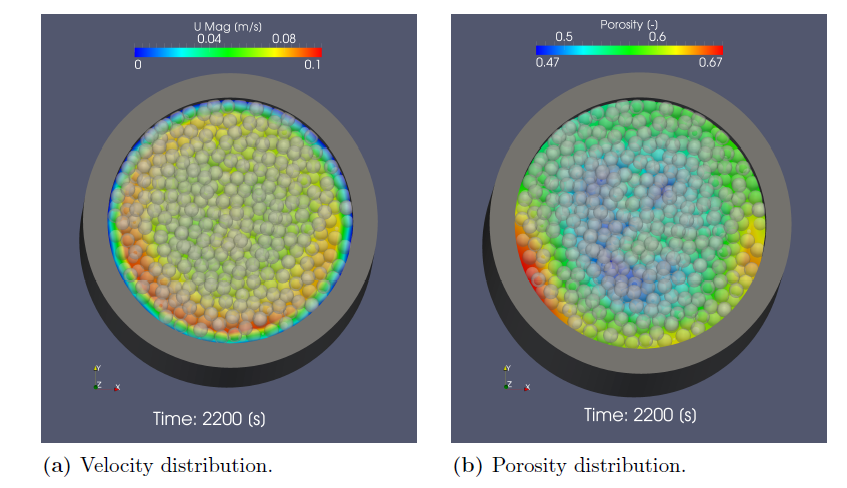 Figure 1: Distribution of vertical extrinsic velocity component (1a) and porosity (1b)
in a mono-disperse cylindrical packed-bed. 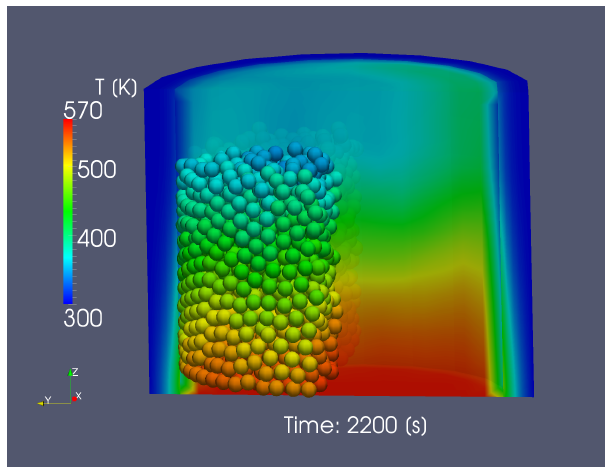 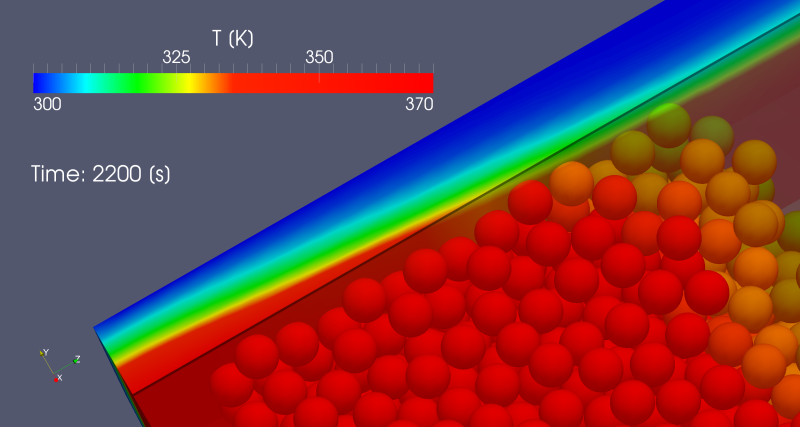 Figure 3: Magnfied view of the transverse temperature prole (2). The enlarged view
allows to visualise the heat conduction through wall.